When we find ourselves with an out of control process, the logical question is, "why?". Much of the SPC literature would have us immediately begin to search for special causes of variation. Indeed, the term "special cause" is defined as something that manifests itself by out of control points on a control chart. However, before you rush into the workplace it often pays to spend a little more time sifting through your data to see if you can find the reasons for those outliers.

A company manufactured ABS plastic parts for an automotive supplier. One of the critical quality characteristics was the load it took to break the parts by application of tension. The load was measured in pounds. A control chart of the test data is shown in Figure 1.

Figure 1: X-bar and Sigma Chart of Pull to Failure 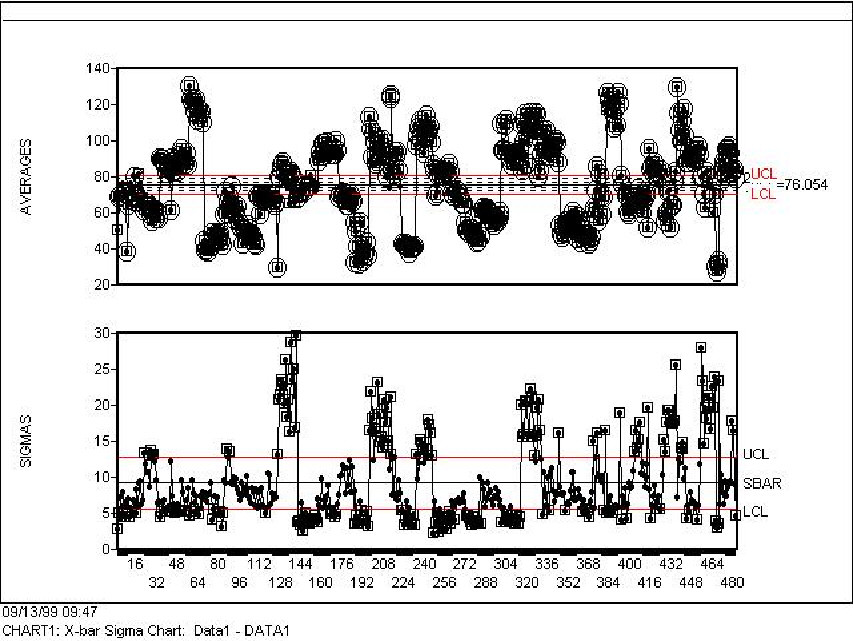 It is clear that this process is out of control with respect to both averages and standard deviations. In fact, it is so erratic that one has great difficulty in identifying where to begin the search for assignable causes. What can be done?

At this point it is often worthwhile to shift gears and change the viewpoint from analysis to knowledge discovery. In knowledge discovery we let the data talk to us. The idea is to look at the data in different ways to see if there are any patterns that can guide us to new understanding of the process. With modern data warehouses this task is made much easier than it was in the past. Quality analysts are often able to learn a great deal by mining their internal information gold mine for ideas and answers.

For the case at hand, the data warehouse also included information about processes and failure modes. The analyst first examined the breaking strength by process and failure mode using a boxplot (Figure 2). 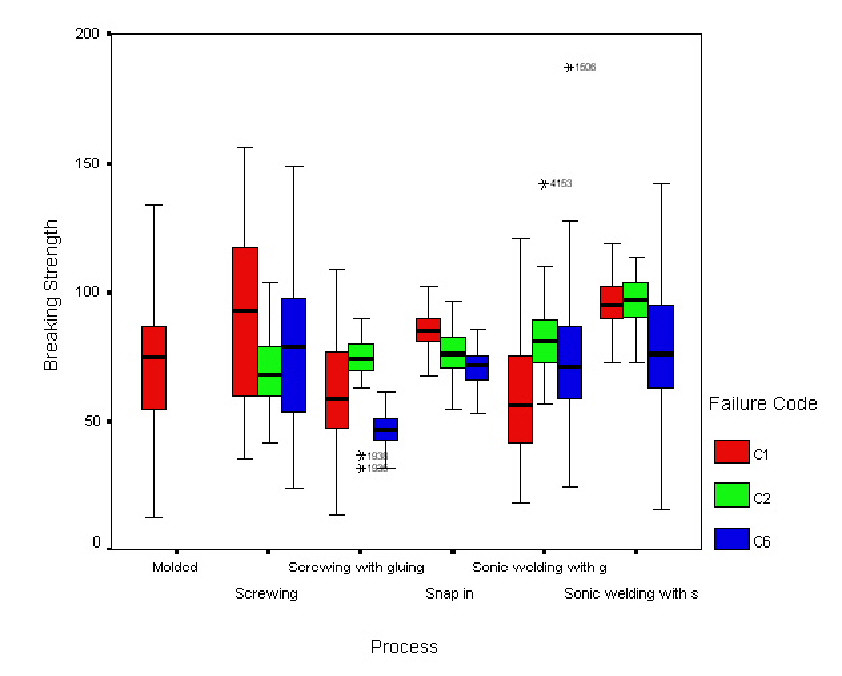 A boxplot, also called a box and whiskers plot, contains a huge amount of information. It simultaneously gives a picture of the central tendency (the dark bar in the middle of the box is the median), the spread (the "whiskers" mark the largest and smallest non-extreme values), the shape of the distribution (the distance between the median and the largest or smallest values, the symmetry of the middle 50% as indicated by the box), and a test for outliers (indicated with a *) or extreme outliers (indicated with a circle). By displaying multiple boxplots on a single chart we can easily compare all of these characteristics for multiple causes. This boxplot shows that most process have comparable averages, but the variance of some processes is highly erratic. He decided that Snap-in assemblies were probably a low priority item for starting process improvement because this process exhibits relative stability and an acceptably high average. The most promising candidates for starting process improvement appear to be 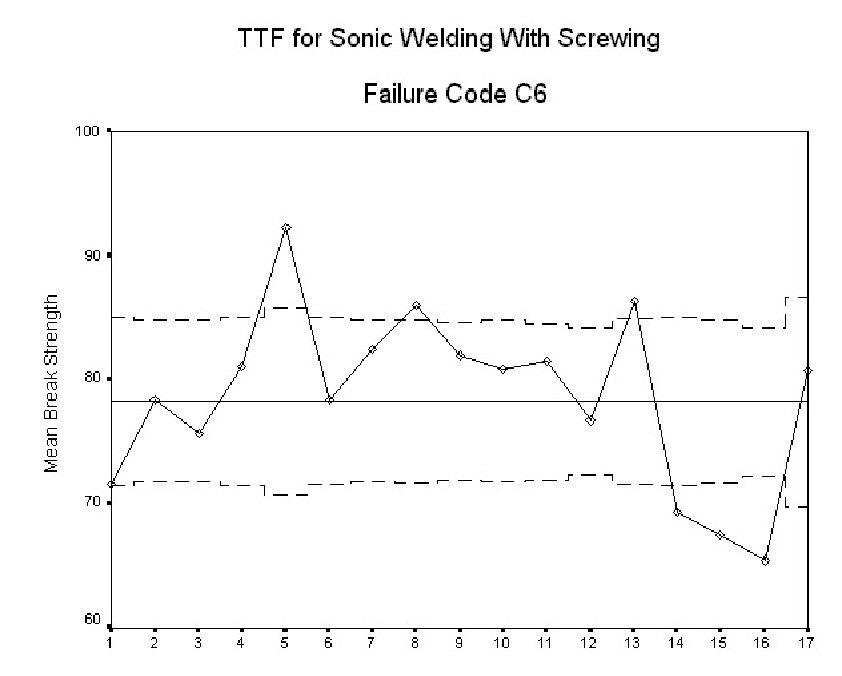 An interesting place to start the investigation would be to identify the possible reasons why jobs 14-16 were below the lower control limit. Theories could provide the basis for a statistical design of experiments (DOE).